The study consists of restoration and renovation of a pharmacy building, that has suffered numerous previous extensions and renovations which led to architectural and bearing discontinuity.  The design aims to improve the functionality of the pharmacy by re-adjusting the interior and converting the southwest part of the building into a glass façade which allows the light to enter. The vertical sunshade system, used on the outside, protects the interior while acting as a lure for the passersby. Furthermore, the framework has been reinforced and the foundations were connected with metal beams. 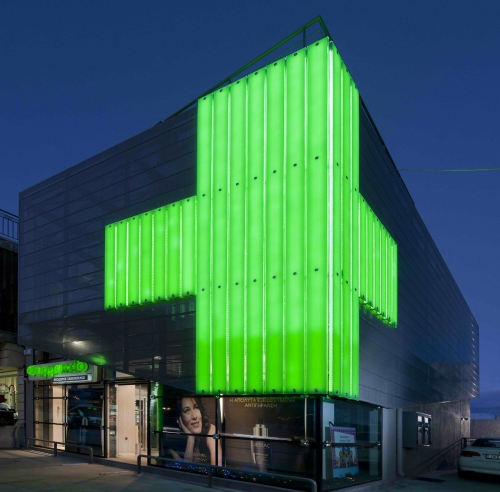