2008
THE ARMAZBERG BUILDING IN NAFPLIO

The “Armansperg” building is situated at the prominent corner of Sygrou and Plapouta Str. in Nafplio, opposite of the Court Square and the Land Gate. Built during the second Venetian Domination arouses high historic and architectural interest as a remarkable example of Nauplio’s urban architecture.

It started as a two-storey residence for the President of the Regency Council of Greece, Josef Ludwig Graf Von Armansperg, while later on another storey was added during a renovation process in 1831. The study aims to preserve and restore the basic features of its architectural style, as well as make the necessary repairs and modifications for the new operation. 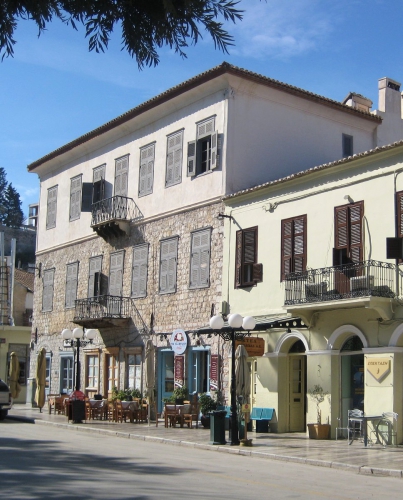