In an abandoned warehouse in the EYDAP site area, in Perissos, a change of use took place so that it could be reused for educational and administrative purposes. After the necessary survey, a new space was proposed and constructed, constituted by two discernible – as far as their function was concerned – zones. The first zone will be used for educational activities and in the second zone the offices will be hosted. The elevations were designed in such a way so that the maximum solar benefits could be exploited. 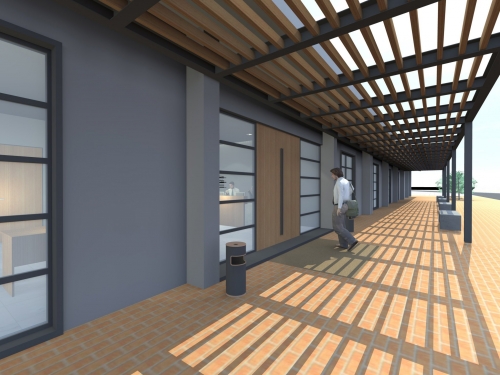