The hotel is situated in the ancient capital of the island “Kastro”, as a result of the compound of two traditional narrow (6.30X14.40m) two-storey houses and a roof extension of a later date. The construction date cannot be clearly determined, due to multiple interventions, however it is our belief that the main core dates back to the 16th century, whereas a major restoration took place in 1824.

The project aims at structural reinforcement, aesthetic improvement of the original architectural composition and functionality upgrade by refurbishing  the existing installations. 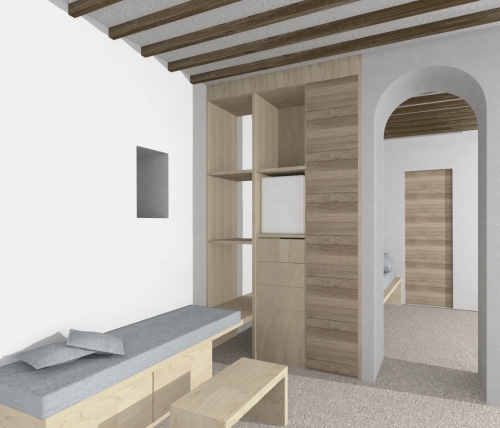