1999
RESTORATION OF NEOCLASSICAL BUILDING OF BANK OF GREECE

The study involves the restoration and development of a listed neoclassical five-storey building that houses the National Bank of Greece employees’ association. It was originally constructed with three storey in the early 20th century, and on the second half of the century, received a vertical expansion of two additional storey. The design aims to restore and reinforce the existing bearing structure, restore the original facades, as well as improve the relationship of the building with its surrounding environment. 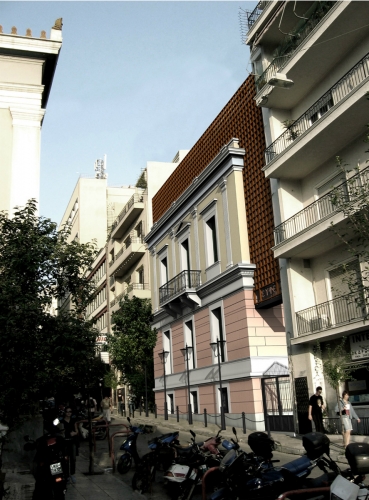