The municipality of Perama owning four traditional wooden boats (dating back to the first half of the 20th century) as well as some traditional shipbuilding hand tools from the local shipyards, decided to build a Shipbuilding museum, as part of the European URBAN II Program, within a 3400sqm plot.

With the majority of habitats occupied in the shipbuilding industry, Perama has always been associated with maritime tradition; therefore, a relevant museum would be of  great significance both historical and social. The building is divided in three volumes with a stepped atrium in the middle. The museum unfolds in three layers, due to the natural steep inclination of the landscape. Visitors enter from the road level and gradually descend to the sea level, where the wooden boats exhibition and the cafeteria are located. 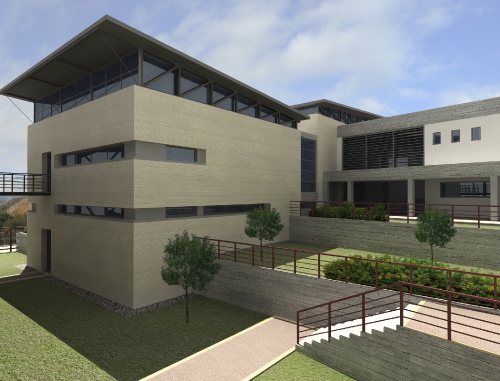