Boutique hotel “Academia of Athens” located in the center of Athens is inspired by ancient Athenian wisdom and intellect, so the signage study had to follow the same direction. Ancient greek quotes are mounted in most hotel areas, while the main rooms are named after ancient Greek Gods. Academia of Athens signage study points out the minimalistic character of the hotel by applying the idea of independent letters, designed exclusively for the specific project. The signage study is absolutely adapted to the hotel design principles, completing and enhancing its concept. 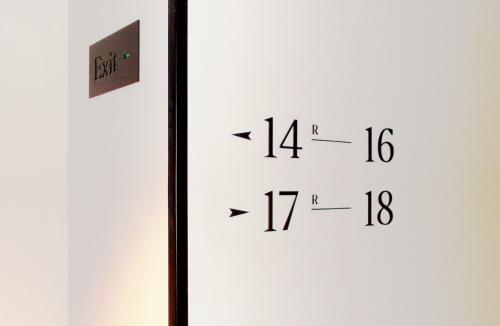